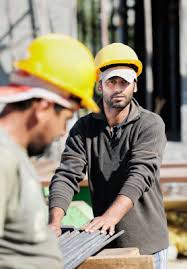 The wage an oil worker makes in Northern Alberta is, of course, the draw to the area. The smallest salary that an Alberta oil employee will make is approximately $90,000 per year. Oil companies are able to pay these salaries because oil is Canada’s chief export. It is estimated that the oil industry of Alberta will generate $3.2 trillion dollars in revenue over the next 35 years. Considering no university education is required for most oil positions, the attraction to them is overwhelming.
These astronomical salaries obviously do a lot of positive things for workers. Almost all oil workers are men, many of whom are supporting families. The generous wages provide for families raising children, cover healthcare costs and in general provide a good quality of life for employees and their families. However, the high pay rate is also responsible for some detrimental things, not the least of which are the addiction and substance abuse problems that run rampant in oil camps and within Fort McMurray.
In a place with incredibly harsh winter conditions, near a small city with very little entertainment, high wages can be more of a curse than a blessing. It did not take the drug trade long to move into Fort McMurray. Any number of highly addictive substances can be found for purchase in the city, particularly marijuana and cocaine. Alcohol is also a very popular substance of choice among oil workers. The high salaries of the oil industry bring a largely transient population into the area, which combined with a thriving drug trade has made Fort McMurray the fifth most crime ridden city in all of Canada.
Reversing the trend of addiction and substance abuse in and around the oil sands will not be a simple task. Rehabilitation and addiction service facilities in Alberta are already overflowing with people in need. The salaries themselves are not the problem; the boredom is. Oil workers simply need more options for how to spend their time. Fort McMurray needs to create more healthy entertainment for the booming population, as well as take the need for addiction and substance abuse treatment seriously.